Cyprus Solution Emerged GCs Not Ready For It President Mustafa Akinci’s advisor on political affairs and history and general coordinator for the technical committees Meltem Onurkan Samani, has said that the main framework of a bi-zonal, bi-communal federal solution model had emerged out of the past 40 years of negotiations. She said that President Akinici, who had sincerely pushed for a solution to the Cyprus problem, had raised the question as to whether the Greek Cypriots really wanted that kind of solution based on political equality.

Speaking on Genc TV, Samani said that the Greek Cypriots should put forward the kind of solution they want. She noted that the negotiations process between Akinci and President Anastasiades had not ended and added that UNSG had appointed Jane Holl Lute in order to find out if there was any future in further negotiations. She said that the formula for the Cyprus problem has emerged and could be accepted by all sides.

Only final step remained and both sides needed to digest the solution. At the last set of negotiations at Crans-Montana in 2016, all sides seemed willing to take this final step. However, the Greek Cypriot side did not seem ready and willing and therefore the talks collapsed.

Referring to the idea of a decentralised federation put forward by President Anastasiades, she said: 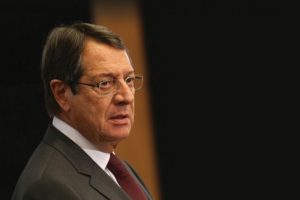 “If he sincerely says that the parameters in the federal administration would remain unchanged, but the [central] powers would be reduced further, we thought that this would be a positive step and an agreement could immediately be reached on this issue. However, the feeling predominated that this would not be the case. Because in the same sentences the reduction of powers, which would be jointly decided upon by the federal administration, meant also doing away with the Turkish Cypriots’ effective participation in decision making process. Therefore, if the aim is to abolish the effective participation of the Turkish Cypriots in all decisions, this, of course, would have a very negative meaning”.

Referring to the issue of hydrocarbons in the Eastern Mediterranean, Samani said that from the very first day of his election, Akinci had put forward the necessity of finding a solution to the Cyprus problem in order for all sides to benefit from the natural gas and oil, noting that otherwise the situation could turn into a conflict.