The Council of Ministers has announced that control measures were being launched in an effort to provide consumers, importers and manufacturers with goods and services at the cheapest possible prices.

According to the Council of Ministers, the period we are going through is a period in which the economy is shrinking, not a period of “flipping the crisis” for personal gain, but a period of social mobilisation in which consumers, especially the less well off, are not so burden by the economic crisis. A statement issued by Prime Minister Tufan Erhurman said that the Council of Ministers had emphasised that the economy has been under great pressure due to the recent fluctuations in foreign exchange rates and that the protection of consumer purchasing power, as far as possible, in particular for those on a low income, is the top priority for the government.

The statement made by the Council of Ministers reads as follows:

“While everybody needs to demonstrate their utmost diligence and self-sacrifice in order to survive the troubled period with least damage, there are feelings and allegations that some people are making an effort to “flush the crisis” for personal benefit, especially with the price increases in some food products.

“There are limited opportunities for the government to intervene in the free market. However, the Law on Goods and Services (Regulation and Supervision) no 21/1977 requires the Ministry of Economy to declare that “when it is deemed necessary, inspecting of goods manufactured or imported from any manufacturer or importer is carried out before the goods are first shipped to the market or at any time cost increase to be notified of the situation” and to perform the inspection under the same Law through quality and price control officers. 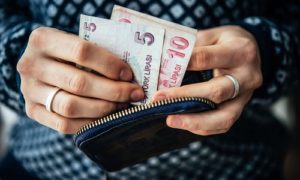 “In the third article of the law, the Council of Ministers said that “in order to ensure that goods or services for the public good can be obtained at prices that are appropriate for the conditions of the Turkish Republic of Northern Cyprus, some goods and services, when it is deemed imperative that it be subject to denunciation or regulation in accordance with the provisions of this Law, an order issued in the Official Gazette referred to in this Act as an ‘audit order’ shall mean that the goods or services concerned shall be deemed to be “gives the authority to determine the maximum price of the service”.

“The government and the government’s rightful expectation is that importers and manufacturers are trying to offer goods and services to consumers at the cheapest price possible without requiring any intervention in the free market. However, it should be known that the government will not hesitate to use the powers arising from the Law if it is found out that there are initiatives in the reverse direction as a result of the audits to be intensified from now on.”