Do Not Take on President Erdogan – Editor Warns

Commenting on the standoff between South Cyprus and Turkey regarding Turkey’s naval blockade which is preventing a drillship, contracted to Italian energy company Eni from performing exploratory drilling offshore South Cyprus on behalf of the South Cyprus government, Chief Editor of Turkish Cypriot daily ‘Havadis’ Basaran Duzgun writes that, “those who do not know Turkish President Recep Tayyip Erdogan, first get disappointed and then harmed”. 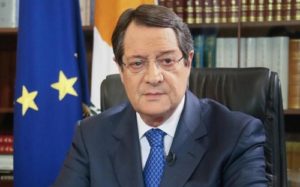 In an editorial, he writes that the same thing will happen to Greek Cypriot President Nicos Anastasiades, who, he asserts, is despondent because he did not receive the support he was expecting from the international community which he tried to enlist. Duzgun says the following:

“[…] The international circles from which Anastasiades was hoping for help, did not respond and did not send their warships saying to Erdogan ‘get away from there’. Even the Italian energy company Eni, who contracted the gas exploration team, was very afraid and said ‘I cannot wait for you any more’. Thus, the ‘Europe will beat Turkey for us and we will get our rights’ theory, which Anastasiades had inherited from [former president] Tassos Papadopoulos, collapsed. Actually, this had collapsed during the Papadopoulos’ period and Anastasiades, foolishly, tried to continue with it. 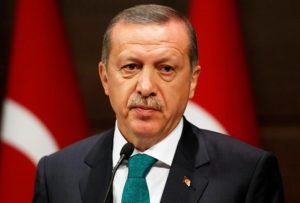 “Becoming a member of the European Union was the national policy of the Greek Cypriot side. The theory was the following: ‘We cannot cope with Turkey with its 80 million people as against our 800 thousand persons. Let us get the support of Europe with its population of 350 million and make Turkey kneel down’. […] However, this ‘theory of them’ collapsed. Europe never took the position of conflict with Turkey on behalf the Greek Cypriots. The number of those saying that ‘Turkey cannot become an EU member’ increased, but this also passed. Because Erdogan staked all his money on one gamble. […] Erdogan has, for a long time, shown his hand by saying ‘if EU [membership] cannot happen, the Shanghai 5 will’.

“If Anastasiades does not abandon his obstinacy that ‘I will carry out drillings where and when I want’, many things will happen to him. My humble advice is for him to refrain from getting Erdogan angry. He is not bluffing when he says ‘our warships are in the area’. If Anastasiades proceeds, he might give the ‘bring it down’ order. […]

This article is a humble warning to Anastasiades and his team for them to see reason. You cannot enjoy the benefits of this gas without the Turkish Cypriots…”, the article concludes.